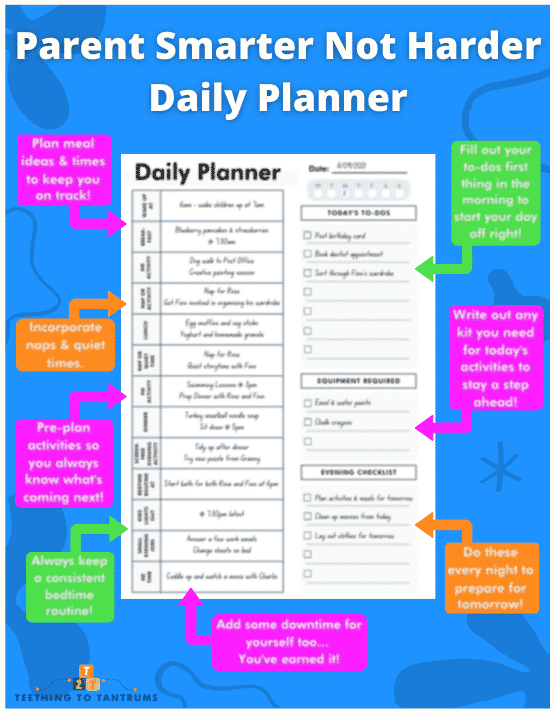 Why Does My Toddler Keep Telling Me To Go Away? 7 Little Known Tricks To Try!

Parenting toddlers is tough enough as it is and they can often throw you a curveball with their unpredictable behaviour. Telling you to ‘go away’ is simply one of these moments, but it’s understandably hurtful and difficult to deal with.

And as with most things in the early years, it is how you handle these moments that will dictate whether it becomes a more serious problem or just a passing phase…

So to answer your question ‘why does my toddler keep telling me to go away?’, let’s first identify the 3 different reasons why this behaviour may show up…

Why Does My Toddler Keep Telling Me To Go Away?

There are a few clear reasons why your toddler might be telling you to go away.

The first of these reasons is easy to understand… Toddlers are developing their independence and they’re constantly wanting to push the boundaries to see how far they can go!

So, when you stop them for whatever reason, they are not going to be happy and so may just turn round and say ‘go away’!

Secondly, if your toddler is trying to do something and you step in to help before they have asked you may get told to ‘go away’ too. Toddlers like to do things for themselves and knowing when to step in and when to encourage from the sidelines, can be tricky especially if you are in a hurry.

Finally, your toddler may tell you to go away and say they want someone else to read them a story or give them a bath and usually it’s your partner. All I can say is that this is perfectly normal behaviour and you should try not to take it to heart.

This phase of your toddler expressing their independence in a rather unfavourable way is usually short-lived and once they have learnt alternative ways to express their feelings of frustration and desire for independence, usually they will stop telling you to go away.

Why Toddler Independence Is Good And Bad

Learning how to handle your toddler’s independence can be tricky. While learning to be independent is a vital life skill, they will need to learn how to express their feelings in an acceptable way and to understand their own limitations.

When your toddler is telling you to ‘go away’, they are living in the moment. They don’t really want you to leave, but rather just back off when they are feeling overwhelmed.

Your little one does not have the appropriate language skills yet to explain their emotions and as a result, they have no other way to express what they are feeling other than yelling ‘go away!’ at you.

If your toddler is battling to do something on their own such as put their socks on, complete a puzzle or build a tower with blocks and you step in without being invited to do so, you may get the ‘go away’ treatment.

This is because they don’t want you to solve the problem for them, but they are exasperated that they can’t do it themselves!

Learning independence can be a very confusing time for a toddler as their emotions and desire to be independent will fluctuate many times during the day. One minute they will want you close and doing things with and for them the next they can be rejecting you.

When your toddler tells you to go away because they would prefer someone else to read to them, dress them, feed them, play with them etc you will need to be strong and not show that this hurts.

It is very common for toddlers to go through a mummy or daddy phase when they seem to prefer doing things with one parent rather than the other.

This phase will eventually pass but it will do so more quickly if you don’t make it a big deal out of this behaviour.

With all this said, you and your partner should encourage your toddler to ask nicely if they want a particular person to do something with and you should always back each other up by reinforcing that saying ‘go away’ is not an acceptable way to express their preference.

So while it is hugely important that your toddler learns to become independent, navigating this period of your toddler’s emotional development will require careful handling and can be extremely trying for parents.

7 Articles To Read About Toddler Independence

I have written quite a few posts about toddler independence and how to handle these tricky situations, so if your little one is currently going through one of these phases, give these articles a read to help you navigate these challenging times.

So what can you do to avoid the showdowns and stop your toddler from resorting to telling you to go away?

1. Step Back But Don’t Go Far Away

When your toddler tells you to go away, acknowledge that you heard what they said by taking a couple of steps back.

Tell them that you are not going to leave but you will stand nearby or sit on the sofa and make sure they are ok and you won’t interfere unless they ask.

Next, acknowledge that you understand that your toddler wants you to go away and then ask them what’s going on and why they are angry.

At this age, it is better to start a dialogue on this level than to tell them not to speak to you in a certain way.

Don’t be angry, just ask them in a calm manner. Toddlers respond well to a calm level tone of voice when they are upset and frustrated.

If the situation is non-negotiable, you can say calmly that you understand they are angry and frustrated but they need to do what you ask.

To avoid a full-on confrontation suggest that they can finish what they are doing before coming to do what you asked. Try and do this all from a physically removed distance.

3. Offer Help From A Distance

Offer them help from a distance by asking if they need help without actually moving in and doing it. You may be surprised that when they feel more in control of the situation they will ask you for help.

Sometimes, if the help is given on their terms then they are more accepting of it.

It is important that you don’t take your toddlers’ rejection personally. They are not emotionally ready to understand that what they said is hurtful to you.

In that moment, the phrase ‘go away’ is not designed to be hurtful but rather be a simple command.

You can also pre-empt when your toddler might tell you to go away so be sure to ask them beforehand who they would like to read to them, change activity or bathe them. You may find that they naturally make a more balanced choice if they feel they are in control and won’t immediately lash out and tell you to go away.

5. Tell Them You Love Them

Even when your toddler is telling you to go away, make it clear that you love them.

Tell them that you understand that they want you to go away right now, but that you love them and are here for them if they want help or need you.

6. Give Them Alternative Words To Express Their Feelings

You can also try to give them alternative words to express their feelings such as asking you nicely to let them try to do something for themselves.

Tell them that instead of saying ‘go away’ to say ‘please can I do this by myself’?

7. Explain To Them Later That Saying ‘Go Away’ Hurts Peoples Feelings

Once the moment has passed it is OK to talk about what happened and to explain that saying ‘go away’ hurts your feelings.

Reinforce that you love them no matter what they say to you and again talk about how they might use other words in future to express their feelings.

Some quick tips to avoid getting into the ‘go away’ situation are:

Why Does My Toddler Keep Telling Me To Go Away Recap

Knowing how to cope with all that your toddler can throw at you, especially as they flex their developing independence can be really tough.

So when your toddler is telling you to go away, don’t take their rejection personally and always remember that it is just an example of their developing independence and it’s not designed to hurt you as it’s simply a knee jerk reaction to feeling frustrated.

So when your little one tells you to ‘go away’ although it is won’t be easy to handle and it will hurt your feelings, remember that you are not alone.

As with most things in the early years, it is how you handle these moments that will dictate whether it becomes a more serious problem or just a passing phase.

If you enjoyed this post and know other parents who would benefit from hearing about how to handle a toddler who keeps telling you to go away, be sure to give it a share! And if you have any further questions or blog recommendations that you’d like me to write about, then drop me an email at [email protected] and let me know!

Thank you for reading! And until next time, with love and support, Happy Parenting!

Paul Mclaren - Norland Nurse NNEB RSH is the founder of Teething to Tantrums and has been in the child care industry as a Norland Nanny since 1982. Since then, her mission has been to help parents become the best they can possibly be. And each year, she continues to help more families understand their child's development, the trials and joys of parenting and of course, how to care for their little ones.

My Toddler Won’t Take A Bath! 10 Genius Tricks You Must Try!

Argh! My toddler won't take a bath! I hear you mumma! LUCKILY there are lots you can do about getting your toddler LOVING bath time again!

Why Does My Toddler Follow Me Everywhere? Here’s Why!

"Why does my toddler follow me everywhere?! I can't get anything done!" Well, here is the real reason plus 10 expert tips to find a balance.

Toddler Runs Away When Getting Dressed: 13 Genius Solutions!

Do you feel like you're having a mini battle every time your toddler runs away when getting dressed? You're not alone! Here are 13 genius solutions!